OSRS PKing Guide: Everything You Need To Know

Player killing (Commonly known as player vs player, PKing, or PvP) is the act of two or more players fighting against each other. OSRS PKing differs a lot from the other forms of combat because players do not fight against monsters in Runescape (in other words, NPCs).

There are quite some places in Runescape for players to participate in such PvP activities.

Ø  Wastelands like The Wilderness, which covers up nearly the entire north side of Gelinor.

Ø  PvP worlds, where players can attack each other in most of the areas around Gelinor, apart from some designated safe areas and banks.

Multi PKing, also known as Multiway Combat PKing – is an area where a player can be attacked by more than one player at a time. These areas are mostly used by clans in battling against each other, and are identified upon entering an area with two crossed swords, which appears in the bottom – right-hand corner of the interface or under the mini-map.

Single PKing is an area where a player can only engage in a One Vs One combat without any kind of disturbance from a third party. One of the most famous places for single PKing is Edgeville.

Some general setups and hotspots for Multi-Way / Single PKing: 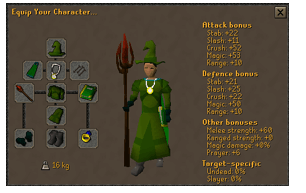 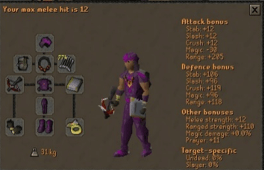 Can’t seem to afford some of these items? No worries! You can buy runescape gold and get right to pking!

The Hotspot areas have a large presence of people willing to engage in PvP. Some areas are: 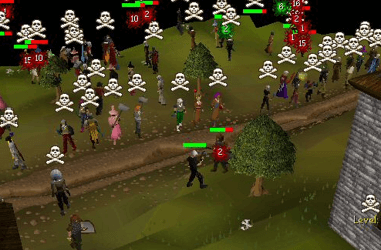 These accounts are specifically trained in order to optimize performance in PvP scenarios (Wilderness, Duel Arenas, etc.), they prioritize offensive stats while maintaining a low combat level. For example, a player with 70 attack, 70 strength but only 1 defence would be considered as a pure. 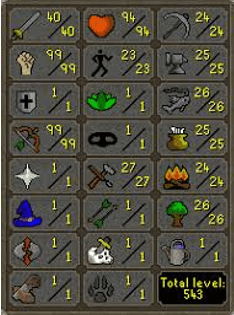 There are also other types of OSRS Pures:

These characters are solely trained for one vs one combats, to have high offensive stats and a low Defence level while maintaining a low combat level to give it leverage over most accounts of a similar level.

A Defence pure is an account that maintains a low combat level but has an extremely high Defence level instead of high Attack or Strength levels. The way of their combat often includes special attacks from the Dragon fire shield, combined with venom damage from the Serpentine helm.

These pures maintain an attack level of 1, with their strength level being 60 to wield the Tzhaar-Ket-Om. They usually have a lower combat level than the one-defence pures, as some of them are 1 defence. However, having both strength and defence level of 60 would make a good combat pure as well due to the release of Obsidian armour.

Similar to obsidian pures except with higher attack, a granite maul pure (Also known as a ‘G Mauler’) utilizes a Granite maul, a weapon that requires both 50 attack and strength to wield. They usually have 1 defence to keep their combat level low, but higher defence variants do exist.

A black pure is designed for 10 defence, which allows the use of black armour and the ability to wear a Black mask / Slayer helmet. Black pures can use low-combat armours and a wide array of weapons and are deadly at the same time. The same goes for 13 defence pure, but has a defence level of 13, sacrificing a small amount of offence.

Initiate pures are characters having 20 defence. who utilize the prayer and defence bonus of the initiate armour, while rune pures are designed to have 40 defence in order to wear rune armour and other stat boosters like fighter torsos and rune defenders. Berserkers, (also known as Zerkers) are quite identical to rune pures just with their defence level exceeding 45 for the sake of wearing a berserker helm or a fighter hat.

They utilize the combat bonuses of the Void Knight armour to achieve very high hits and are often Ranged – oriented.

A mage pure is typically a One-Defence pure that specializes exclusively in Magic, they are extremely strong at low-level PvP areas. While mage tanks being characters with massive defence and fairly high hitpoints and magic.

Quite similar to magic pure / mage tanks, except that these characters specialize in range.

These pures hit awfully high thanks to their barrows armour which requires near 70 defence and a prayer level of 70 for the ability to use Piety, this is a combined high attack and strength level for maximum damage. A magic level of 94 is quite ideal as it allows the use of Vengeance spell. This build is one of the best for high-risk PKing, which can make a lot of money if you wish to sell OSRS gold you collected.

We also offer some of the best OSRS accounts including mains, pures and even ironmen. If you're looking for 100% safe and unrecoverable beast account, check out our OSRS Accounts page.

·         Protect from magic – Using this in either a PK situation or trying to get away from PKers is quite beneficial.

·         Emblem trader toggle targets – You can toggle so that you get your targets below level 10 wilderness rather than far.

·         Range ammo toggle – This is quite helpful if you don’t have an ava’s accumulator. Talk to the range tutor in Lumbridge to toggle picking up arrows which will go straight into your ammo slot.

·         Level 20 wilderness – Make sure to stay below 20 level wilderness if you’re carrying untradeable with you, as you’ll lose them if you die any place above 20.

·         Hitpoints boost – Make sure to boost your hitpoints before entering PK areas, as you may get rushed easily with a lower defence. Brews can be very helpful to go above your maximum health.

·         PK with sounds on – It is very important to have your sound on while PKing, because bolts, weapons, spells, and specs like dragon fire shields have sounds that can alert you beforehand.

·         Removing your skull – Easiest way to remove your skull is by teleporting to clan wars and entering and exiting the white portal.

·         Looting bag and Rune pouch – Two of the most important things you’ll need on a PKing account. It allows you to collect all your spoils and maximize profits.

With that said, we wish you luck in your PvP adventures in Gielinor!

Remember, that we are always ready to help you with your PK journey. Not only do we sell unrecoverable OSRS accounts including PK beasts but we also sell OSRS items including all the gear and supplies you might need.