Everything you need to know about Runescape Mobile Beta 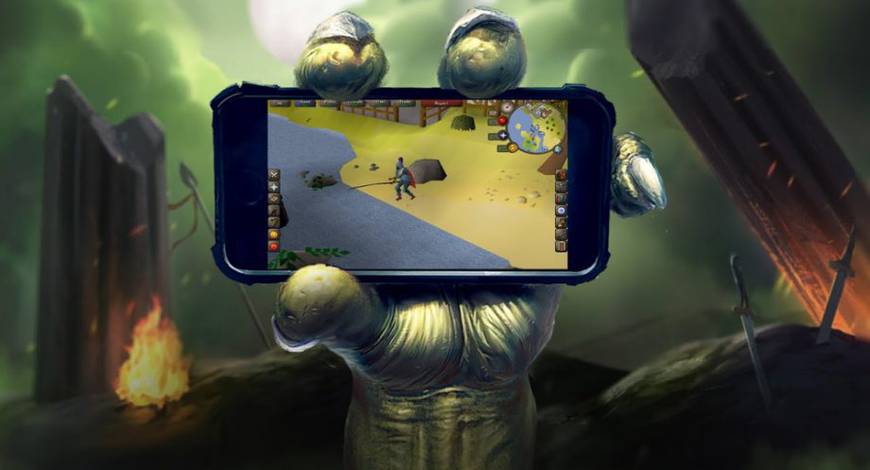 The wait is finally over. You can sit back, unlock your mobile device and fully immerse yourself in the RS mobile experience.

Well, that is not entirely true. As of today, you can only play this game if you are a member and have an Android device. This means that both F2P players, along with iOS users will have to wait for their chance to play Runescape on the go. Even though it is officially listed as a “Closed beta” on the official Runescape website, people can start playing it. Launched on July 5th, 2018 it has already immersed thousands of gamers urging to get their hands on this game.

Smooth would be the most accurate word to describe it. The vast majority of players describe their experiences with the port as ‘pleasant’, ‘fantastic’ even and ‘exciting’. The basic controls and vital elements of playing are adapted very well as it seems. Even though that you have to adjust to using a smaller interface, more click accuracy demanding HUD and harder to master PK mechanics, it is what has to be expected with smaller screens. It takes some getting used to, but is adapted for the most pleasurable experience, seems like. Overall, the OSRS version of Runescape available on Android devices looks very exciting.

Let’s discuss the elephant in the room – iOS. For iPhone and other Apple product users, it seems like waiting until later on in the summer is inevitable. Since Jagex has not disclosed or listed a final release date, August should be the time of the release. Jagex devs said that the progress was meant to develop simultaneously, however: “Unfortunately we aren't able to turn the iOS build 'Always On' because Apple require a 2-day review process. Long-term we are confident that we have a solution to this, but this isn't yet in place.” The same post, located at the official Runescape website, states that Jagex will keep us informed about the progress on iOS devices.

As of now, newer and more powerful Android devices will run the game at a smooth and very impressive framerate while older phones could struggle with stability related issues being a persistent bugger. Jagex did an excellent job of adapting the graphics and the game itself for the vast majority of Android phones or tablets, etc.

The app’s size varies by device, requirements also. Battery consumption is a tad below most high-end games but is indeed up there. You could see anything between 8 to 50 percent drainage per hour, depending on your device. To put it more clearly, it is a bit above average in terms of battery consumption. What it does a great job at is data consumption it seems. The game does not download a great deal of data while you play.

To sum up, it is an excellent period for all Runescape fans alike. Even though only Android users can currently enjoy the game at its fullest, it is soon bound to change. With iOS launch looming shortly, it genuinely seems that 2018 is a fantastic time to be alive if you play Runescape!