Every RuneScape player has heard about it at least once during their years of playing the game. Maybe you were chopping down wood and two guys nearby had a conversation about bots.

All About Old School RuneScape Botting

Or maybe you have encountered a bot yourself when fishing lobsters: dozens of characters stacked on top of one another with strange names that remind of some code sure should’ve looked suspicious.

Today, we will talk about OSRS botting, which, unfortunately, still remains a big part of our favorite game.

What Is OSRS Botting?

Botting is essentially a program playing the game for you. This is mostly done to farm gold, resources, or to level up skills without having a player in front of a computer or mobile device in order to do so.

As such, it is viewed to be a form of cheating in the RuneScape community. Jagex shares this view and botting is not only against the rules but heavily punishable as well.

Learn more about the risks of running an OSRS bot.

What Can OSRS Bots Do?

Bots can perform a huge variety of tasks, from simple mining to more complex ones such as completing quests and minigames.

For example, a bot can mine ores, collect them until the inventory is full, bank them all, and return to mining again.

A bit more advanced bots might be able to collect a customizable amount of ores and/or sell them on the Grand Exchange. The same goes for any other skill.

Usually, bots have certain routes they take and they can be noticed if you’re paying attention. Although they try to mimic what a player usually does, most of the bots are not so advanced.

The most concerning types of bots are those that are able to perform complicated tasks and with higher efficiency than some players. Not only can they complete quests, but they can also earn OSRS gold for you by farming Zulrah, Revenants, and even completing tasks like the Mage Arena 2.

It's obvious why almost everyone, but botters, hate botting so much. Not only it belittles your own achievements, but it also wrecks the game’s economy and gives an unfair advantage to botters.

While bots can be categorized differently (e.g. by what tasks they perform or how complicated those tasks are, and that would make up for a huge list) we've decided to get to the more technical side of things and discuss the three categories from the technical standpoint.

Color bot is the most straightforward type of bot. In a way, it resembles a human. While humans are still smarter, color bot interacts with the game the same way a player does: by using their vision.

This type of bot is considered to be the most primitive of all, not only caught relatively easy by Jagex, but also countered, since it’s enough to change item coloring a bit to trick the bot. This only applies to color bots since real players will not notice any visual change in items’ color at all.

Injection bot does exactly what the title implies: it injects itself into your OSRS client and reads the code. This type of bot is more advanced than the color bot.

First, it can be entrusted with more complicated tasks, meaning that it is harder to notice and is more useful to the player using it.

Second, they are harder to counter: simply changing the color code of an item is not enough to prevent these bots from functioning.

However, while in the dawn of OSRS when these bots were running rampant for some time, Jagex quickly found a solution. They’ve written lines of “fake code” which do nothing in-game and players don’t notice them at all.

But these lines of fake code are visible to the injection bot and it reads them thoroughly as a dutiful machine it is and this action is registered by Botwatch. Such action exposes the bot and guarantees a precise blow of the ban hammer on the cheater’s account.

Reflection bot is arguably the most advanced kind of bot there is. This type of bot creates a fake copy of the user’s client and reads that instead of reading the code directly from the legitimate client.

This means that it can still read the lines of fake code, but that all happens on the fake client.

Reflection bot then generates “orders” which it sends to the actual client and avoids detection by bypassing Jagex’s lines of fake code. The Reflection bot cannot be detected this way and it essentially works as an injection bot.

These two types of bots are often used in tandem for maximum efficiency. That still does not mean that they don’t get caught though.

The way Jagex detects bots, for the most part, is by reading mouse movements and other behavioral patterns of a character. More primitive bots get banned within minutes of running.

Since most of the time, multiple people are using the same bot, Jagex is already aware of the patterns used by each bot. Furthermore, bots usually make distinct mouse movements which also increase their ban rates. Even if the person claims that “bot is made to mimic human mouse movements” it still has a limited variety of patterns.

That’s where the OSRS Mobile botters come into play. They are hated even by their own ilk. That’s right, botters hate other players using bots too.

This is due to the fact, that usual detection methods simply do not work on OSRS Mobile. Why?

Well, there is no mouse involved, only tapping of the screen. And OSRS Mobile players can pretty much spam click the same spot all they want. It is believed that mobile bots are responsible for the massive inflation happening to the RuneScape economy.

Bot makers themselves claim that this is unbannable and almost completely safe for the botter. The only thing that the botter needs to avoid is running the game for 22 hours a day. Obviously, no human can achieve that level of no life and especially keep this up for an extended amount of time. 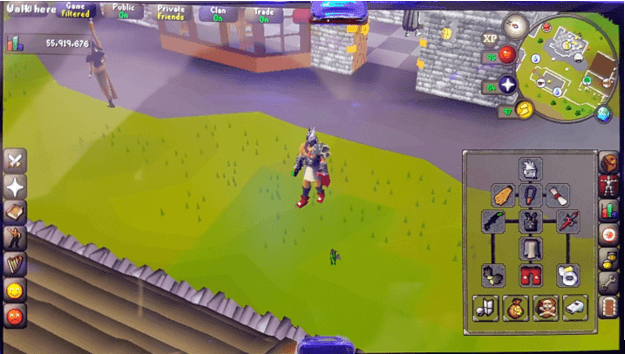 How to Bot In RuneScape Mobile

Like any activity, botting demands learning as well as dedication and direction. You always want to know what your goals are and then work your way through the massive amount of bots that are available.

It’s not difficult to get lost in the vast ocean of information, however, an aspiring botter should know what’s best for them.

There are plenty of free bots that can be used by RuneScape beginners. However, you should refrain from using a bot on your main account.

Free bots are essentially the demo version of bots. They will get banned rather quickly, so you cannot use them to farm OSRS gold efficiently.

In addition, a lot of the advertisements about bots and bot clients can be misleading. There are always people out there to make a profit by any means necessary and that often includes your resources and/or account being stolen.

Always do your homework and check whether the potential service provider is trustworthy.

No one plays OSRS for 24 hours a day, so why would you bot that much? You shouldn’t.

Being too greedy can lead to a quick ban. There are some cases when botters do that, but they do that consciously.

There is a term for this kind of strategy: “suicide botting”. A botter sets up the bot and lets it run until it eventually gets banned. They simply move the accumulated resources regularly to avoid huge losses. This strategy is used with accounts that botters know will get banned, RuneScape accounts that are expendable to them.

A much more common strategy is to simply simulate a real player. Playing for a reasonable amount of time and sometimes changing activities. The bottom line is profit and experience are what matters and every botter does their best to come up with a strategy that matches their needs.

Any botter worth their salt will tell you this: you NEVER bot without masking your IP address. In case you are caught red-handed multiple times, your IP address will be flagged and you can forget all about botting while using that IP.

Your actions will be monitored with more scrutiny and that means that the slightest whiff of suspicious activity will get you banned. That is why botters use VPN’s and proxies.

VPN’s are quite a hot topic at the moment due to the political climate, but if you haven’t heard about them, VPN stands for Virtual Private Network. This network disguises your IP and websites on the internet will only see your VPN IP and not your actual IP.

The same applies to OSRS when logging in: your VPN IP address will be shown instead of your real one. Besides, VPNs help encrypt your data and affect all of your computer’s communications.

Proxies have the possibility to disguise your IP for a specific purpose. That means that if you use a proxy for botting and open, let’s say, YouTube, the latter will see the proper IP address. Proxies are the go-to option for most botters, especially those who are running multiple bots.

Botting clients usually come with their own proxies, however, options are often limited for non-paying users.

Botwatch is the system created by Jagex to catch all those pesky botters. You can realize though, that since botting is still prevalent in OSRS, Botwatch is not perfect and can be tricked, or at least the ban can be postponed.

Additionally, Jagex employes ban bots manually and there is even a stream where OSRS players can see the process for themselves. While bot makers and botters both claim that bots are caught rarely, such a claim is only to be expected.

Especially from bot makers because they earn money from making bots. The truth is Jagex’s Botwatch algorithm is so advanced that not only can it detect and automatically ban a bot or put a character on the watch list, but it can also identify patterns in individual players’ gameplay and detect if they've used a different device and disguised their IP address.

You might have noticed that there are close to no bots in RuneScape 3 and this is due to the fact that Botwatch is fully implemented on that game. 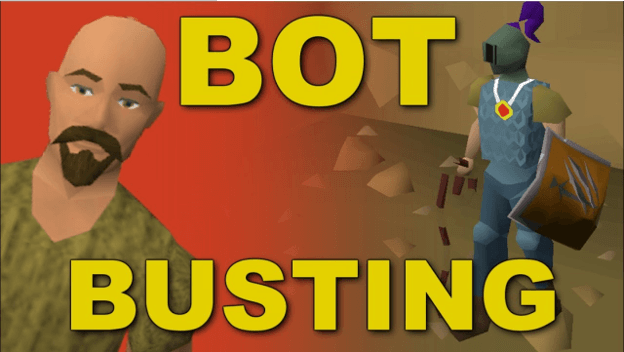 Is OSRS Botting Worth It?

It is evident that botting is a dividing topic in the community. While a lot of people are voicing their anger with bots, others silently grind their skills using bots and are cheating their way through the game.

Botting is a risky activity that involves a lot of learning, hassle, and eventually risk. It is against game rules and often botters are punished with permanent bans.

Furthermore, botters risk their money and data being stolen by botting service providers. Each individual’s choice is their own, however, know that if you decide to bot, you’re not only risking your time and money going to waste, but are also hurting the game so many people love.

Currently, only some of the Botwatch’s functionalities are activated OSRS. This means that the Sword of Damocles is ever looming above the botters’ way of life. The safer, not harmful, and incomparably faster way to get your hands on OSRS GP is to buy OSRS gold from Probemas.

If you need help in your journey in Gielinor, feel free to join our discord server along with thousands of RuneScape players all over the world. You also get the chance to join our exclusive giveaways and win RuneScape items and gold.