Learning how to make money in OSRS is always the most important thing for any player.

Some players need OSRS gold to buy better gear or train certain expensive skills like Construction. Others are playing the game just to sell their gold for real money. A small percentage of players just like to be rich in-game and that is totally fine as well.

Today, we will show you the easy and most profitable OSRS Money Making ways. The difficulty of each way scales with its profits, the harder it is, the more money you make.

The majority of these OSRS Money Making methods are P2P but we have some F2P methods as well. Following this guide will lead you to the easiest ways of making money in Runescape. If you don't have enough time for money-making you can always Buy cheap OSRS Gold directly from Probemas

To be able to start tanning cowhides, you will need to have at least 7 quest points or playtime of 24 hours and some gold coins.

1- Buy a good amount of cowhides from the Grand Exchange

2- Start tanning them and sell them back to the Grand Exchange.

The prices of the cowhide is usually 20~30 gold coins lower than the Soft Leather, and the price of the tanning is 1 coin per cowhide. The process of tanning one inventory takes around 50 seconds by using Al Kharid Tannery to Bank route. 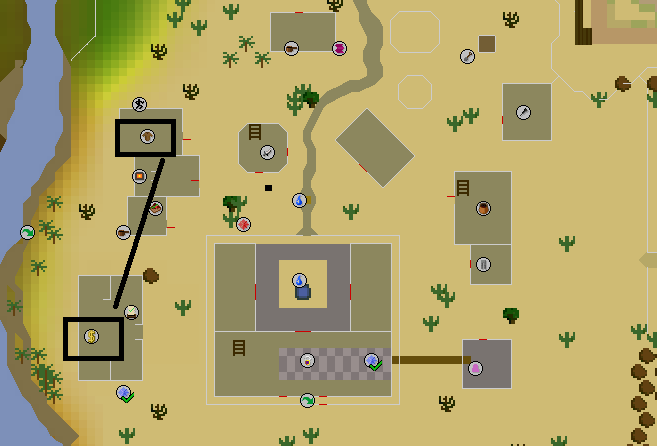 You can also tan the cowhides to Hard Leathers if your Crafting level is 28, but it depends on the current prices of the Cowhides and the Hard Leathers. The same goes for the Dragonhides starting from level 57 Crafting, so you should always choose what is best for you in terms of profits.

The gold per hour ratio is always fluctuating and totally depends on the price margins, but you can expect around 45K gold per hour for the Soft Leathers.

This money-making way is so simple and can be done even while being AFK. To start spinning Flax you will have to reach these requirements:

This way consists of making Bow Strings by using Flax on the Spinning Wheel. Flax can be obtained through the Grand Exchange, then you can use them on a Spinning Wheel close to a Bank. We would recommend the Lumbridge Spinning Wheel which is very close to the bank. 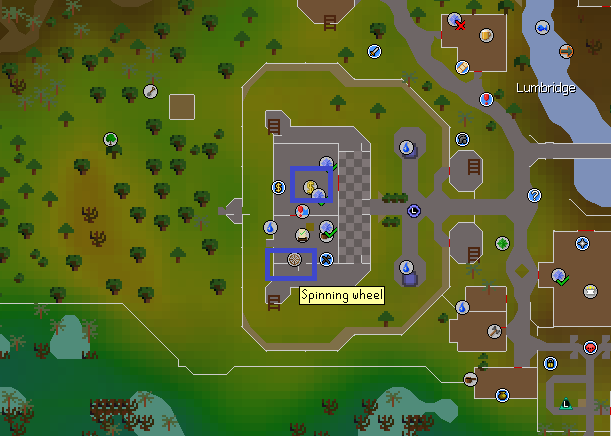 One Flax costs 3~5 coins, while the Bow String can be sold for 90~110 coins. That means you will earn around 2.6K gold for each inventory of Bow Strings.

By doing that, you can make 120K~150K gold per hour and train your Crafting Skill at the same time.

To be able to start making Topaz Amulets you will need:

First, you will need to buy Silver bars and Red Topaz crystals from the Grand Exchange. Deposit them into the bank and go to the Edgeville Bank to start your Topaz Amulet runs. From there, you will have to withdraw your Amulet mould, Topaz Crystals and silver bars. Then run all the way to the nearby Furnace to combine the topaz and the silver bars into a Topaz Amulet. 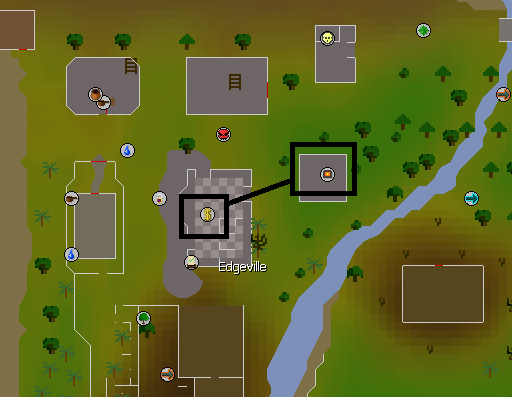 The best thing about this money-making way is that you will be able to gain gold as well as training your Crafting Skill.

The gold per hour ratio should be around 140K gold, and the process of making one inventory of Amulets takes around 1 minute.

To be able to start making Unfinished Potions you will need:

2- Water Vials & Clean Herbs (it depends on your Herblore Level)

This OSRS money-making way depends on your Herblore level, the higher your Herblore, the better potions you will make, the more money you will earn. Anything below Level 54 Herblore (aka kwuarm Unfinished Potions) is not worthy.

The Unfinished potion price is usually 100 coins more than the cost of making it, so by repeating this process, you will be able to make around 1.3K or higher gold per inventory. Keep in mind that making better Unfinished potions will grant much better profits.

This method requires a good Herblore level as well as a good amount of gold. The required Herblore level depends on which Herb you will be cleaning. Choosing the best Herb to clean is depending on the prices of the clean Herb and the grimy Herb. The prices are always changing, so you will have to check them by yourself before using this method.

Cleaning Herbs is also a good way to train your Herblore while making money. This method is to click intensively and the profits are always changing, so there’s no guaranteed ratio per hour to be mentioned.

To start cutting Yew trees you will need:

Finding a bot-free Yew tree spot is kinda hard, but it is not impossible. If you're P2P, we would recommend the Flax Field spot near Catherby, but you can also check all the available spots in the game through this wiki link.

Mining Volcanic ash is a very AFK OSRS Money Making method and it also trains your Mining level. It’s not the best way to train your Mining level, but it’s a very good way to make money for a long time without going back to the bank.

The higher your Mining level, the more Volcanic ash you get per hour, and the same applies to the type of the pickaxe you are using.

The Amulet of Glory is not necessary, but it increases the chance of mining Uncut gems which means more money per hour. 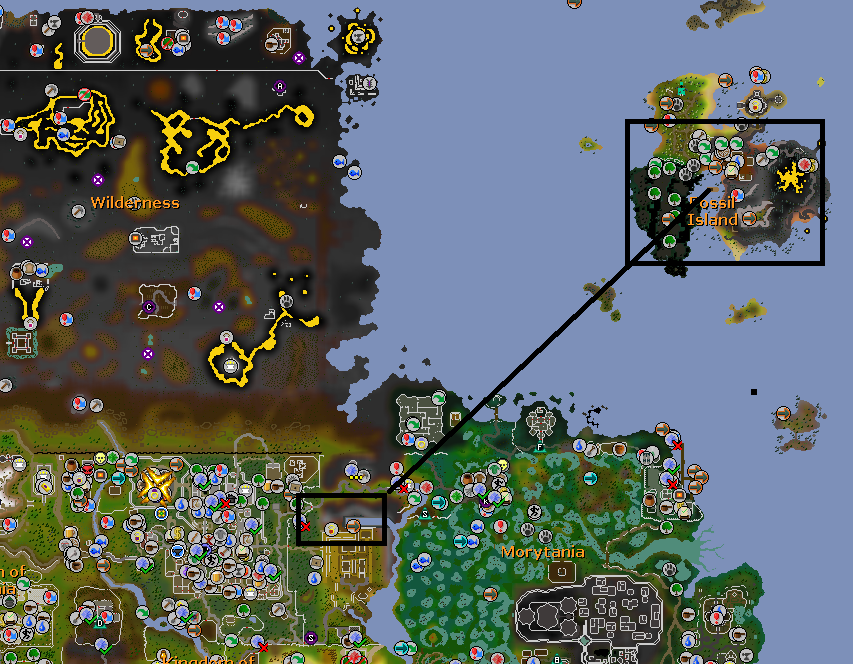 At Level 22 Mining you will be able to get around 500 Volcanic ashes per hour, which is around 45K gold per hour. Keep in mind that the prices are always changing and the Mining level highly affects the gold per hour ratio.

The Giant Mole is probably the easiest boss in Old School Runescape. The requirements to be able to kill the Giant Mole are not that high and you can check them below:

This boss can be found underneath Falador Park by using a Spade on any of the Mole hills found there to get down.

The Giant Mole only uses Melee Attack style, so praying to Protect from Melee means you will receive 0 damage. The only annoying thing about the Giant Mole is teleporting from time to time to different spots. But if you have completed the Falador Hard Diary you will be able to track the Giant Mole through an arrow on the minimap by using Falador Shield 3.

The Recommended Gear is:

4- Amulet of Glory or better

The Giant Mole can be killed in 1~2 minutes depending on your Combat stats. Each Giant Mole gives around 15K gold, and if you kill 45 Giant moles per hour that means you will get 675K gold per hour minus the supplies cost. Mole Claws and Skins can be exchanged for some bird nests from Wyson the gardener which might be more profitable. 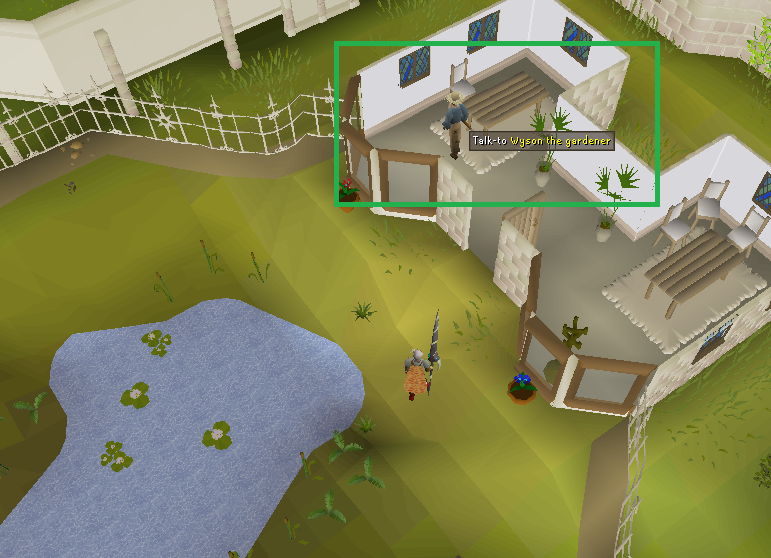 Overall this money making way is pretty easy and the gold per hour ratio is so good.

Brutal Red Dragons are very good to make money by killing them. They are not that hard to kill, and the requirements are also not that hard to get. The recommended gear for this method depends on your budget. But overall you should use the best Ranging Gear possible to get a high gold per hour ratio.

4- Diamond Bolts (e) (If you are going to use Crossbow)

8- Amulet of Fury or better

9- Odium Ward (if you are going to use Crossbow)

The Gear setup can always be changed to suit your budget, but don’t go lower than God D’hide and a Rune Crossbow.

The way to get there is by going to the Catacombs of Kourend and walk all the way to unlock the Xeric’s Inferno shortcut. After that, you will be able to use the Xeric’s Talisman to directly travel to the shortcut. 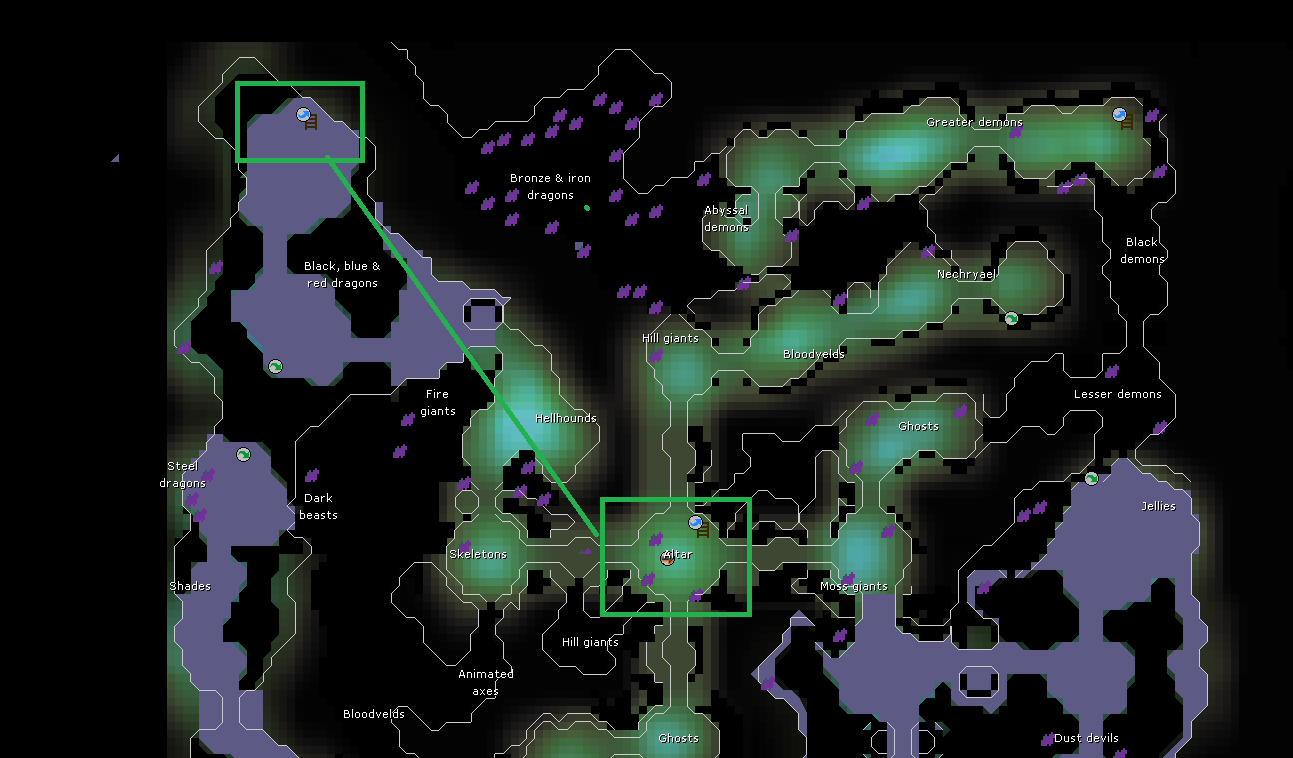 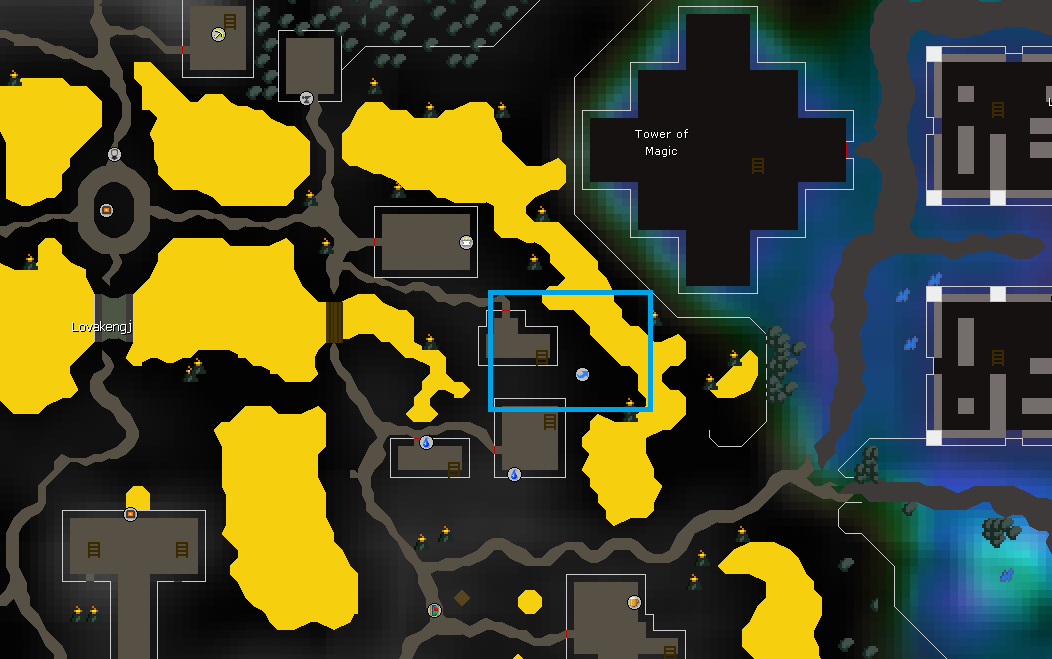 The Brutal Red Dragons are located just near the Brutal Black Dragons and the Brutal Blue Dragons, but you have to only attack the Red ones. 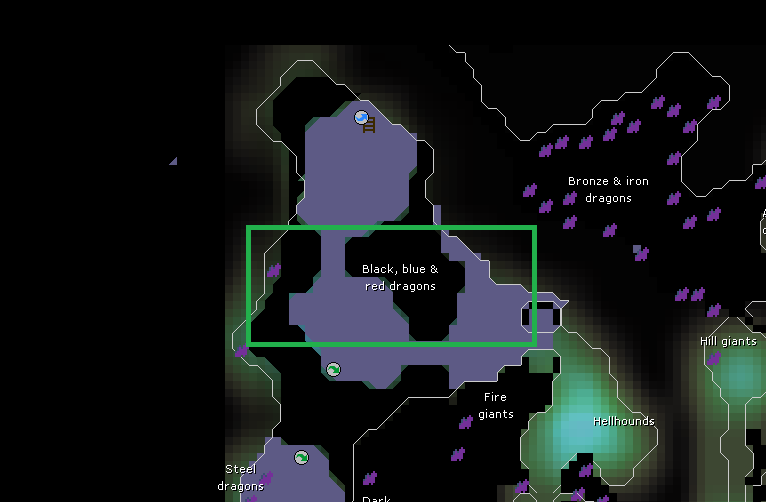 The Brutal Red Dragons can be killed by just attacking them using your Ranging weapon while praying Protect from Magic and that’s all. Using the Antifire Potion alongside the Protect from Magic prayer decreases the Dragon hits to 0.

You should be able to kill 6+ Red Dragons per trip and each Dragon should give you 10k+ gold. Overall, you will be able to kill 30+ Dragons per hour without any problems, which means 300K gold per Hour profits. You may also get a Draconic Visage as a rare drop and it can be sold for over 5M gold.

Killing Rune Dragons is probably the hardest OSRS money-making method in terms of requirements in this list. It requires a high gear setup and some other high requirements. But overall it’s a very good money-making way and not that hard to do.

3- Money to buy a good gear

The recommended Gear is expensive, but it helps to make money much faster than using a lower gear.

3- Amulet of Fury or better

To get there you will need to use your Digsite Pendant to teleport to Fossil Island and from there use the Rowboat to travel to Lithkren Island. On Lithkren, you will need to go inside the Dragonkin castle and then to the Lithkren Vault. The Rune Dragons can be found on the eastern side of the Lithkren Vault. You can also find a machine down there where you can use your Digsite Pendant on to unlock a teleport directly to Lithkren. 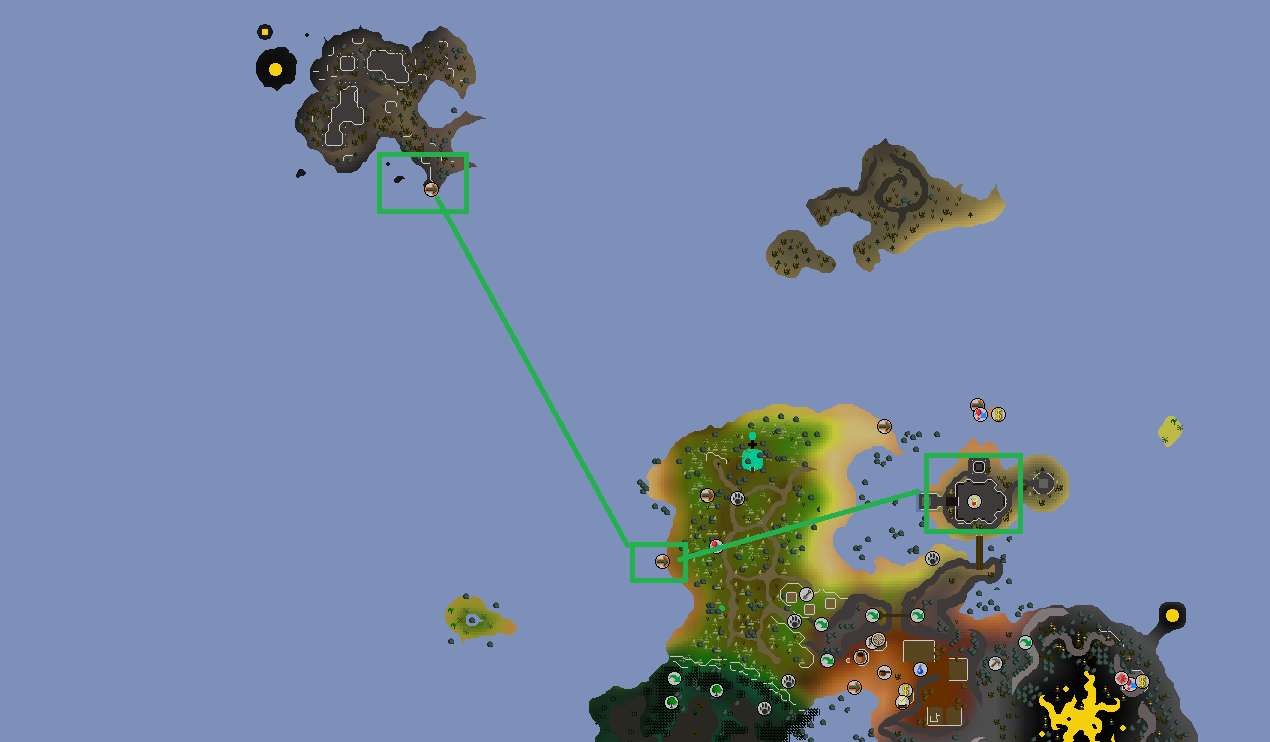 Once you reach the Rune Dragons, use Protect from Magic, Antifire Potion, and Super combat Potion. The Rune Dragons are using all of the attack styles, but with this setup, you will take less damage. The damage can also be decreased more than that by using the Insulated boots which will decrease the damage of the lightning attack.

Killing one Rune Dragon gives you around 35K gold and you should be able to kill 7 or 8 Dragons per trip. 4 or 5 Trips can be done in an hour, which means you will be able to kill at least 35 Dragons per hour. The gold per hour ratio is around 1.3M and you may also get a Draconic Visage, Dragon Metal Lump, or Dragon limbs as a unique drop that can be sold for 5.9M, 2.5M, and 4M gold respectively.

These are all the different easy money making ways in Runescape we have on our list, so pick the best one for you and become a billionaire. In case you're looking for a shortcut you can always just Buy Runescape Gold from Probemas instead.

Read more: How to Use Runescape Gold?