The Nightmare of Ashihama OSRS Guide A new piece of content was announced earlier this year and with it passing the polls it is now clear that we‘ll be getting a new group boss to slay.

The Nightmare of Ashihama is a part of Morytania expansion and will offer great rewards for those adventurers willing to face this mysterious danger...

The creature known simply as the nightmare has come from the far island called Ashihama. It was plaguing the local inhabitants, the sirens, for a long time before finally a brave leader, a siren Shura, took it upon herself to rally other sirens and get rid of this evil once and for all.

However, the nightmare escaped and was drawn to Slepe, Morytania. While not native to these swamplands, the creature made itself at home in a town suffering from the sleeper plague.

Denizens of Gielinor who will be brave enough to stand against this vile creature will not only earn the gratitude of Morytanians, but also receive new rewards. Let’s admit: gratitude alone will not protect you from the crushing blows of your enemies. But the Inquisitor’s armor will.

This boss drops the most expensive OSRS items, so it's quite a popular destination among gold farmers and people looking for a piece of that jackpot, after all, you can get well over 500$ from selling runescape gold by just acquiring an expensive item like this one.

We can see that this armor will not be the new best-in-slot defensive gear. The defense bonuses are on par with obsidian armor, if not worse. However, the crush bonus is strong and the armor set overall will fill in a niche for certain character builds. Also, combining the armor with the new Inquisitor’s mace can yield devastating results when fighting monsters vulnerable to crush attacks. 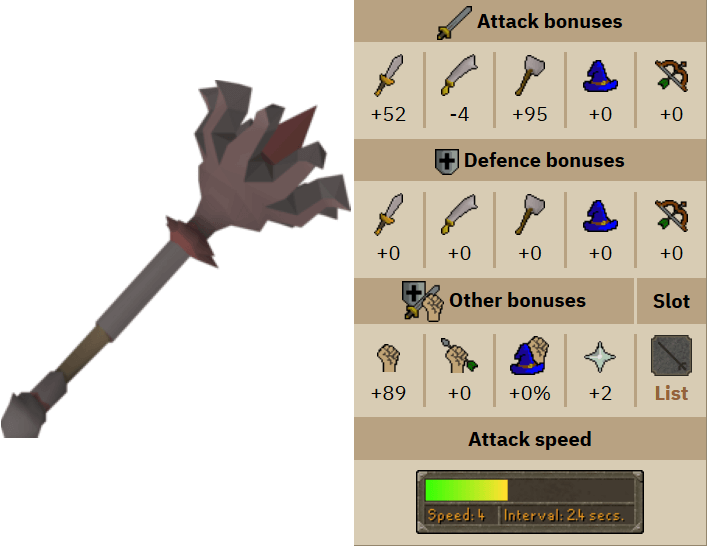 Inquisitor’s mace seems to be a crush twin-brother of Ghrazi rapier, thus making it a best-in-slot crush weapon. With this new mace being a one-handed weapon, you can wield a defender in an off-hand slot.

If you’re reading this and are a magic user, there will be treats for you as well. You have not been forgotten. Along with brave knights, magic users will also be getting new magic weapons with special attacks (there are so few of those in the game!) 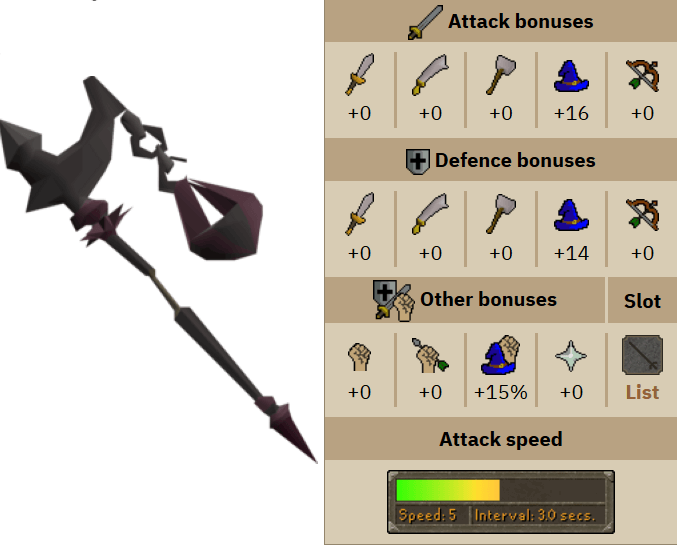 The nightmare staff can be further enhanced using one of the three orbs, which will increase the staff’s bonuses, but also raise the required Magic level to 75. The three types of staves are:

The bonuses for these have been changing throughout the beta.

These details are only to serve as a guideline of how the enhanced staves will work. This is subject to further changes and we’ll only be seeing the exact numbers after the Nightmare release and maybe even then Jagex might decide to change bonuses with future patches.

The last reward from the Nightmare is the Siren’s Tome.

This item has been in the center of attention and a lot of controversy surrounded it. Intended as the best-in-slot off-hand item for wizards, it was quickly nerfed. While it passed the poll, even after all the controversy, on December 12th Jagex stated that they will not be adding Siren's Tome into the game altogether.

This means that Arcane Spirit Shield will remain the uncrowned king of magic off-hand slot, at least for now.

The changes are exciting and we can’t wait to see people using this new gear and how it will affect the game. All these changes, however, may sometimes be a bit daunting. The only constant that remains unchanged is the need for OSRS gold.

These items will be tradeable, so if you are short of time to engage the boss yourself, an influx of additional coins will help you to remain competitive.