Today, we're going to discuss OSRS splashing and why it can be a valuable skill to learn for your chosen path.

Old School RuneScape is a medieval fantasy game that has become a classic in its own right.

However, it itself follows certain rules and themes characteristic of medieval fantasy games: it has castles, knights, sword fights, magic, etc. As in every RPG, you have skills that can be trained by gaining experience, and experience is rewarded for doing something in the game world, altering it in some way.

OSRS is strange in this regard for at least one thing – you can gain experience in Magic skill, without seemingly doing anything. This strange, yet common technique is called “splashing” and we’re going to talk about it a lot.

Fundamentally, splashing is an occurrence, when you cast a spell, and upon impact with the target, it does no damage and you see an animation that looks like water splashing on a surface (hence the name).

When this happens, we say “the spell splashed”. Now, “splashing” commonly refers to an activity where a player is aiming to fail the spell intentionally.

Why would anyone do that, you might ask. The purpose is simple: the way obtaining Magic XP in OSRS works is that even when a spell fails to inflict damage, you gain a small portion of XP.

This is because as opposed to melee, your XP gain depends on the spell used as well and not only damage done. Players who dabbled in the arcane know that even if a spell splashes, the runes used for the spell are gone.

Why would you want to waste your runes then?

Simple. If you have an abundance of OSRS gold to spend on runes, you can use it for splashing which is effectively an AFKable activity.

First things first, before going out, you need to look nice. Well, in this case, “nice” is extremely subjective. You will look positively silly, with plate armor and a magic staff. But it’s nice for splashing.

Failing a spell on purpose can be harder than it sounds, especially when your Magic level gets higher and higher. That’s why we need appropriate OSRS items.

Every player with a bit of RuneScape playtime under their belt knows that plate armor both blocks player’s magical powers and at the same time acts as a conductor for the spells cast by others.

This is why mages deal increased damage to melee fighters. While this one-way mirror mechanic doesn’t really make sense, it’s how Laws of Magic are on Gielinor. Equip any plate armor you can get your hands on, bronze, steel, or rune, it doesn’t matter. This will reduce your Magic bonus, but you will still need something more.

To fail to hit those pesky little rats in Lumbridge 100% of the time, you will need more than just plate armor. Enter Dragonhide Vambraces and Cursed Goblin Staff.

Any kind of dhide vambraces will do, just know that the lowest (green) requires level 40 Range to equip. Cursed Goblin Staff has no stat requirements, but wielding it will force you to use more runes due to it not being an elemental staff. You can buy Cursed Goblin Staff for 45 coins from NPC Diango in Draynor Village. 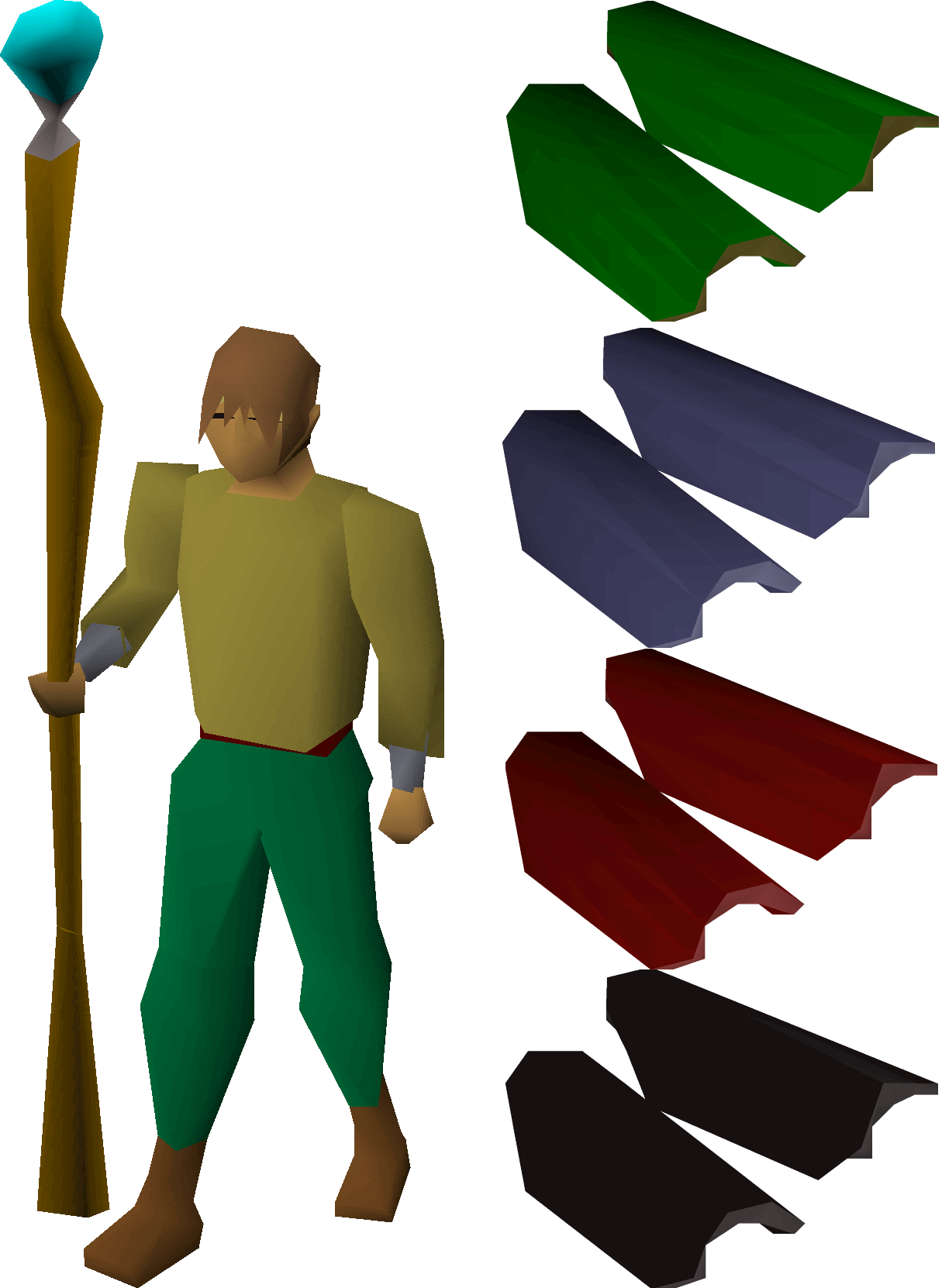 When picking a target for Magic training using splashing, you have to keep these things in mind:

The target has to deal no damage to you or deal so little, that your Hitpoints regenerate naturally.

Other players must be unable to interact with your target.

When you switch to stronger targets (if there is a need, i.e. lower ones are crowded or you start landing hits instead of spells splashing) remember to upgrade your armor as well.

The best targets for splashing are chickens all over Runescape because it's practically impossible to get killed even at level 1 defense. Just don't make the mistake of splashing in the Lumbridge area, because you won't get any experience! I would suggest splashing in Falador chicken farm or any other place instead!

How To Splash In Old School RuneScape

Okay, we’re good to go. Pick a strike spell to use.

Any of them work, however, be mindful of rune prices if you’re using Cursed Goblin Staff instead of an elemental one. When using dhide vambraces, choose a staff that replaces the most expensive runes. Now all you need to do is enter your target’s habitat and start splashing. Make sure to leave auto-retaliate on.

Your Magic XP gains depend on the tier of a spell used. The experience rates are as follows:

How to Prevent Your Client From Becoming Inactive When Splashing

When splashing you can’t be completely AFK like in the good old days. You need to move the camera or click on your target at least once every 20 minutes.

In the good old days of splashing, you could keep your account going for 6 hours straight. Some players felt this was akin to cheating and voiced their disgruntlement. Jagex did not remove splashing entirely but did impose a 15-minute restriction.

That’s all we could share in this OSRS splashing guide!

This time we hope you fail your spells successfully.

Ran out of runes? No problem. We have a near-limitless supply of OSRS GP readily available so you can get back to splashing right away!

Do you also need help with your RuneScape journey? Join our Discord server now and get along with thousands of RS players all over the world and you can also participate in our members-only giveaways.