Firemaking is one of the less popular skills in Old School RuneScape. As you go on with this OSRS firemaking guide, you might realize that it is not exactly a big money maker.

In fact, it's quite the opposite, since you need to burn logs that can help you make money. For this skill, you would be literally burning money.

Despite this, Firemaking can be an attractive skill to level up because of its importance for OSRS quests and diaries.

Firemaking: Where to Start a Fire?

Essentially, there are two ways to level up Firemaking: the first one is the old-fashioned log burning, the second one is in Wintertodt, though the latter is only available at level 50 Firemaking. We will cover both of these to ensure that you are as well informed as possible.

Note, that even if leveling Firemaking in Wintertodt will not appeal to you, it is the only place to receive the Pyromancer outfit. Each of the four pieces provides a 0.5% increase in Firemaking experience gains with the full set providing an additional bonus of 0.5%, totaling 2.5% more experience.

Therefore, visiting Wintertodt is recommended, if not for leveling, then at least for the Pyromancer outfit.

And it’s only a plus that it looks cool as hell.

There are various quests you can do to improve your Firemaking skill and we will tell you all about them in this section.

OSRS Firemaking Training For Each Level

Firemaking is not that hard to level up since this is one of the basic skills in Old School RuneScape. As long as you know what you should be doing, you should be able to get your Firemaking skill cape in no time.

The obvious starting point is to start lighting up some Normal logs. The trees are abundant and you may want to chop them down yourself if you are also leveling Woodcutting.

Corresponding to Woodcutting leveling, at 15-30 level bracket you will be burning Oak logs.

Willow logs are the next obvious choice. This is one of the three types of logs free-to-play players might choose to burn on their journey to level 99 Firemaking.

Make your choice by calculating which is best for you at the moment you are leveling Firemaking if you are on a budget.

Maple logs will get you through these 5 Firemaking levels to level 50 Firemaking. At this point leveling up Firemaking in Wintertodt becomes available. Maple logs are another option for F2P players to get to level 99 Firemaking.

At this level range, you will be burning Mahogany logs, that is if you choose to level up Firemaking outside Wintertodt. Don’t feel bad for burning this tropical wood – in Gielinor they don’t produce oxygen and grow back quickly.

You can’t skip Yew logs, whether you are leveling Woodcutting or burning them for Firemaking experience. Yew logs are also the best way for F2P players to reach level 99 Firemaking since they provide the most experience.

The downside is that this method while being the fastest is quite expensive. The upside is Probemas is the best place to buy OSRS gold, so you are in good hands!

Magic logs grant unreal amounts of experience when compared to Yew logs. Cutting down Magic trees is one of the more profitable AFK money-making methods.

For this reason, you might choose to swing your axe at Magic trees yourself or buy the supplies for the Grand Exchange where you are sure to find some.

Similar to our woodcutting guide, we will end with Redwood logs in this firemaking guide as well. While not as big a leap in experience from Magic logs as Magic logs are from Yew logs, it is still better.

Furthermore, because Redwood trees are so massively cut down, you should have no problem finding them on the GE and for a good price. Better than Magic logs, usually.

Wintertodt is unlocked at level 50 Firemaking. It is located in the northernmost part of Zeah, but unlike many other activities on the continent, it has no House favor requirement. You can get there using Games necklace if you were on a voyage to Great Kourend at least once before.

While Wintertodt requires level 50 Firemaking, having other skills is beneficial as well since they will increase your chances for a better reward.

These skills are Mining, Herblore, Farming, Fishing, Construction, and last but not least, Woodcutting. The higher these skills are, the better the rewards you'll receive.

However, rewards in the supply crates you get in Wintertodt are calculated when OPENING them and not when you receive them. This means that you can stash however many supply crates you like and open them later when your skills are higher and thus claim better rewards.

One thing to remember is that the Pyromancer outfit can be obtained only from these crates, so you will need to open enough of them to obtain the full set for the Firemaking experience boost.

You can also level up Fletching during the fight, but that’s if you are not aiming for maximum Firemaking experience per hour.

Make sure to bring food, a hammer, a tinderbox, and good vibes. If you forgot those, for your convenience there is a bank nearby. 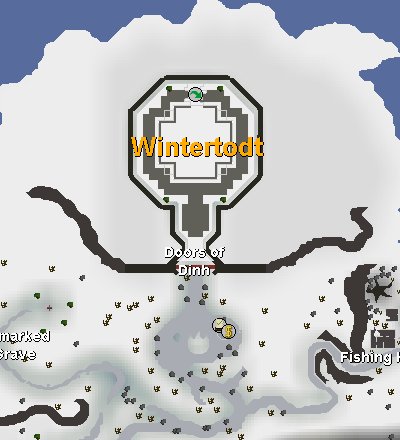 The Wintertodt encounter itself is rather simple: you need to help the Pyromancers fight Wintertodt by lighting up the braziers and helping Pyromancers if they take too much damage and get incapacitated. There are three types of attacks Wintertodt uses:

The damage of all three attacks is mitigated by the amount of braziers lit, pieces of warm clothing worn, and players’ Firemaking level. The damage is calculated in proportion to players’ Hitpoints, meaning that the lower your HP, the less damage you take.

Warm clothing includes such pieces of clothing as Santa outfit, Hunter gear, Yak-hide armor, Pyromancer outfit, etc. Make sure to acquire four pieces of any set of warm clothing as it will make your work that much easier.

To keep the braziers lit you will need to chop Bruma roots from Bruma trees and then use the Bruma roots to lit the braziers. You can use a knife to fletch Bruma roots into Bruma kindling, which is more effective and will also provide Fletching XP.

As for Pyromancers, you will need to use Rejuvenation potions to help them recover. To do that, you will need to add Bruma herbs which are obtained by picking Sprouting roots and add them to Unfinished rejuvenation potions. This means that you must have completed the Druidic Ritual quest. Shattered braziers can be repaired with a hammer and the action awards Construction XP. 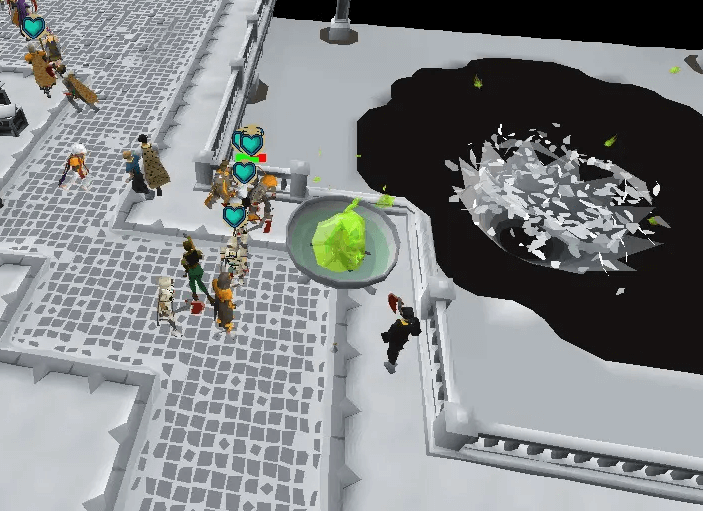 Note: Wintertodt is a boss and the encounter is treated as a boss fight. Therefore, it is not safe and you will lose items upon death (pieces of Pyromancer outfit can be recovered).

Ultimate and Hardcore ironmen should be extremely cautious. During the encounter, you need 500 points minimum to receive a supply crate. You get a chance at an extra roll beyond the minimum 500, with every 500 points guaranteeing one extra roll.

All XP gains are related to your level in a corresponding skill: the higher your Firemaking level, for example, the more XP you will get in Wintertodt.

Wintertotd method can be used to skip the expensive bits of Firemaking leveling, especially at a high level, or to just spice up the routine, which can be quite intense yet repetitive.

Final Thoughts About Firemaking In OSRS

Hopefully, this OSRS Firemaking guide was able to give you some helpful insights on how to level up this skill fast. Once you get a hang of it, you should be able to get your own Firemaking skill cape in no time.

Always remember that with patience and hard work, you can achieve anything in Gielinor. If you add additional buying power to your account by buying OSRS gold to have everything that you'll be needing in this journey, then that will definitely speed things up.

You may also join our Discord server where you can avail of our other OSRS services like power leveling, questing, minigames, and bossing. We also do giveaways for our server members from time to time.