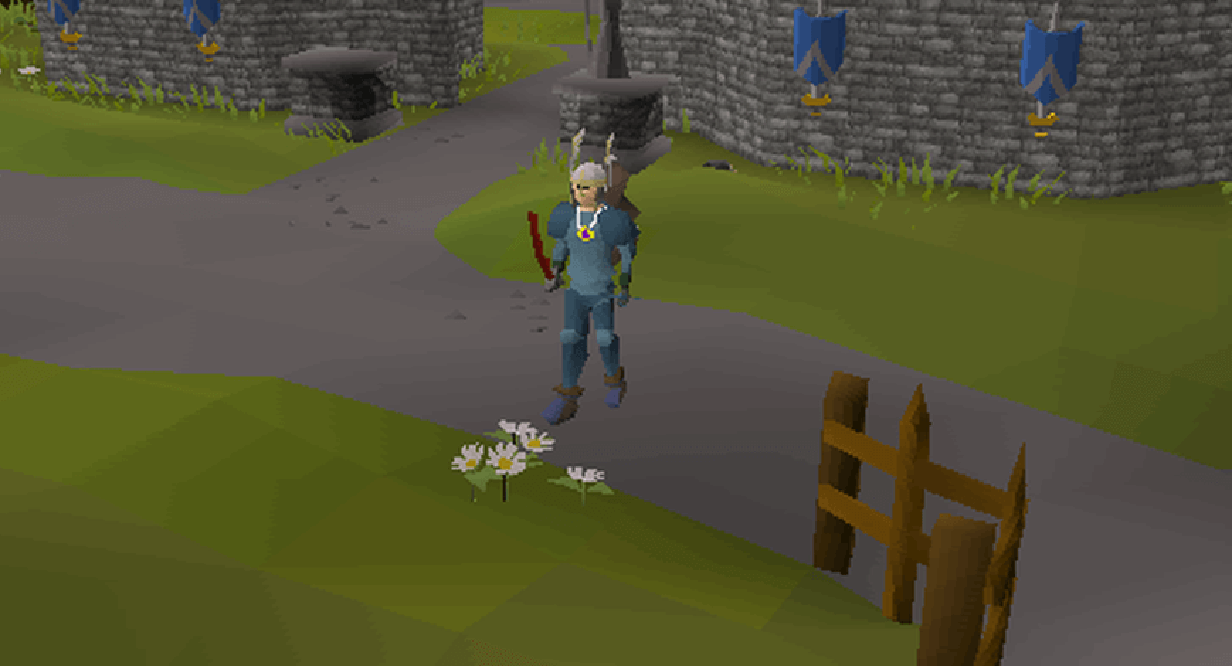 At first glance, it seems that having two iterations of the same game might cannibalize the player population. But is this first impression correct and how has it affected Runescape in general? That’s what we’re going to look into today.

Not So Old School

Old School RuneScape, a.k.a RuneScape07 or simply RS07, is a version of the game as it was back in 2007. This date was picked randomly, actually.

Jagex team simply found a save file, booted it up, and here – it worked! However, as the title of this paragraph suggests, OSRS is not so OS anymore. Rather, it is a new, updated gamekeeping everything from the 07 era while further building on it.

Constant updates mean that the game is maintained and running smoothly and also feels fresh even after years of playing. The player population fluctuates, obviously, but it has more to do with general gaming trends than OSRS itself.

RuneScape 3 brought in a ton of changes to the game. The most obvious one being the graphical update of the game, which, unlike previous graphic updates, took a daring step to change the looks of the game completely.

Game’s graphics are usually not so important for most players, but the drastic change made it hard to perceive it as the same game everyone fell in love with during the years.

Evolution of Combat is another update that had a significant effect. EoC brought in huge changes to how the combat in the game works and moved from a simple click-based combat system to a skill-based one.

This particular change is really important since it affects how the game is played, while graphics in most cases can be overlooked.

Microtransactions are another big one. This system had its beginnings before RS3, but RS3 firmly established it. Microtransactions in a game in which the majority of content is already behind a subscription-like paywall sound controversial.

While it is true that they help to further maintain and develop the game, some players could not get along with the fact that throwing money at the game is not only rewarded with vanity items but can also make character progression faster.

This undermined their own achievements. Imagine putting hundreds if not thousands of hours into a game and then later somebody else can achieve the same in a third of the time.

Of course, this attitude is not shared amongst everyone, but the amount of players feeling this way is not insignificant. Most players blame Jagex for the downfall of RuneScape 3 because you can buy OSRS gold and experience via microtransactions which are disguised are promotional chests and spins.

A Niche to be (Re)Filled

Let’s get back to the point about both games cannibalizing each other’s population. Truth is that players, who turned away from RS3 for whatever reason were obviously not playing the game.

The opposite is true as well: those who enjoyed RS3 continued to play the game. In other words, RS3 and OSRS player base didn’t really overlap. This meant that there was a potential player population Jagex could tap into.

This was obvious when looking at the popularity of private servers that ran older iterations of the game and constant requests made by players.

While being F2P, these servers often sell items, in-game currency, or other services to players for real-world currency.

While we’re on the subject, it is worth mentioning that you can purchase OSRS gold for Jagex’s version of the game as well. Jagex can claim that they wanted to fulfill the wish of players to play an older version of the game and thus launched OSRS, however the fact that all that money private servers were making could flow to Jagex instead cannot be ignored.

Unlike Blizzard, Jagex had the insight to see the potential of the older iteration of the game rather early and managed to capitalize on it. The former did so only after years of requests and drama.

And just like RS3, Old School RuneScape also has its own problems with real-world trading. Due to the high prices of OSRS Gold, there has been a large number of gold farmers that are playing the game just to sell RuneScape gold, so most low effort OSRS gold making methods are filled with gold farmers

OSRS Mobile made the game completely cross-platform. Now, you can enjoy your favorite game on-the-go. The launch of OSRS Mobile was a huge success and Jagex witnessed an unprecedented player population boost despite the current situation due to the ongoing pandemic.

As it always happens, the numbers have somewhat dwindled, but they have stabilized at a higher player count than previously. OSRS Mobile did not only bring in new players but also increased current player activity.

The best thing about OSRS Mobile is that it is not some watered-down version of the game, but the very same game. You can play with your old character in the same worlds you played on your computer. Imagine being able to train cooking or any other AFK skill while chilling with your friends outside without having to use botting software.

So in short, yes, OSRS is still popular. Not only that, but it is also more popular than ever before! If you're looking to start playing and get a head-start you can buy OSRS gold from Probemas.

Need help with your RS journey? Join our Discord server and avail of our Runescape services like power leveling, questing, fire cape, infernal cape, and many more.